We wanted to make a growth chart to keep track of the heights of the kids over time.  Shirley’s internet/pinterest browsing eventually came up with a brilliant, but well used idea: a growth chart that looks like a ruler.

We bought a 6 foot tall cedar fence board for $5, and then sanded, and stained using the vinegar/iron treatment described in our farmhouse table post. We thought about how to create the gradation lines and the numbers.  At first we thought about using stencils but figured it would be easier to just use a framing square to draw the various lines to the right length with a black Sharpie marker. 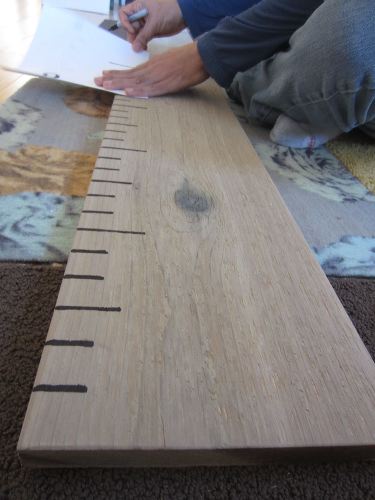 Then for the numbers, we used a word processor to type the 6 numbers in Century 160 point font and printed it out.  Then we put the printed paper in the right place on the ruler and used a ballpoint pen to trace out the edges of the number while pressing hard.  This created a slight indentation on the soft wood.  Then we used the marker to draw the number using the indentation of the number as a guide. 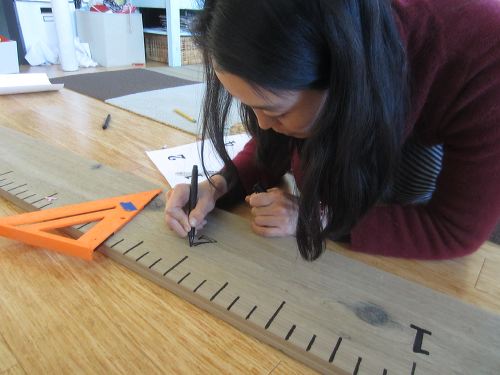 Here are a couple of pictures of the finished product, before and after it was sealed with Poly Whey sealer

.  The board starts at 6 inches because it will be mounted above our 5-1/2″ baseboard. 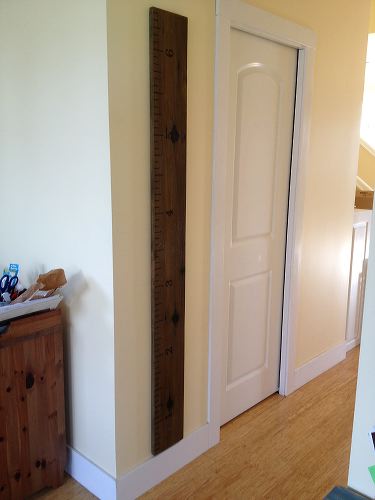 Here’s a picture of our son who did not want to stand still to get measured on his 2nd birthday, even when being offered a banana. 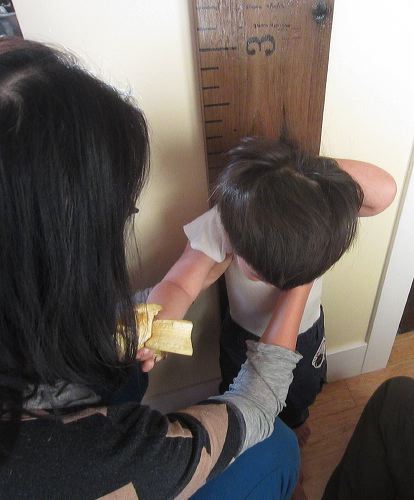 The project was completed in a little over an hour and for a pretty minor cost (~$5).